Don’t panic! Laugh it off.

There have been a few recent examples of people either knowingly publishing risqué content or innocently blushing and denying their knowledge of their content’s alternative connotations. With this in mind, when asked for a post on double entendres I thought I’d better give you one (ahem).

Back in 2012, Susan Boyle’s social media team caused a seismic shift in the way people viewed hashtags (and Susan herself) with the hashtag
#susanalbumparty.

Major discovery:
#susanalbumparty was real! But it wasn’t this week; it was sent on October 30 (and quickly corrected): pic.twitter.com/W4iCzv4F

Closer inspection of the tweets by @IsTwitWrong revealed that the hashtag was spotted by her team and deleted, before being replaced with the more sober #SusanAlbumParty – although the capitalisation does nothing for the Twitter search it does help us read it as intended. What this incident proves is that nothing is ever truly deleted from the internet. If that tactic doesn’t work then we could always encourage our audiences to stop tittering and grow up.

Penguin Books’ social campaign for Mother’s Day was a fest of nostalgia, taking many people back to their schooldays. But this was not an overly sentimental, sepia-tinged idyll but a more crass callback to playground humour. The publisher’s innocent request to tweet for gift recommendations was somewhat sullied by their use of the hashtag #YourMum – the punchline to many a joke.

It so happens that no one knows books like we do, and as no one knows #YourMum like you, we thought we might recommend some bookish gifts. — Penguin Books UK (@PenguinUKBooks) March 9, 2015

The best thing about @PenguinUKBooks #YourMum campaign? They’re doing it EVERY LUNCHTIME this week. Just like, you know, #YourMum

Penguin’s masterful responses and knowing tone suggested they knew exactly what they were doing with #YourMum. They knew it would trend and draw further attention to their campaign. Others still believe it was an accident that was well-handled and a social crisis averted.

Thanks for pointing our #YourMum has an alternative meaning you guys! Now back to the books… — Penguin Books UK (@PenguinUKBooks) March 9, 2015

Thanks for taking part in today’s chat dear readers – your contributions have been varied, your pun game, strong.

What? It’s for storing bananas, obviously

Groupon admitted that they knew the suggestive Banana Bunker would be received well by their many Facebook fans and planned their responses well, making sure to reply to comments with a straight face. The result was their most popular post ever. 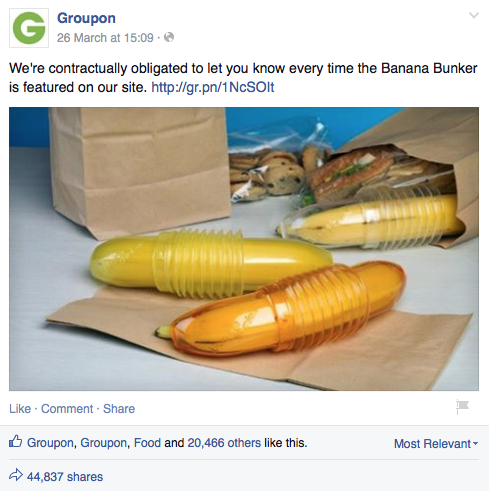 Knowing what’s coming certainly lets us plan how to handle comments and make the most of the attention often drawn by risqué campaigns.

London Fire Brigade capitalised on the building excitement ahead of the Fifty Shades of Grey release to share important messages about avoidable callouts. 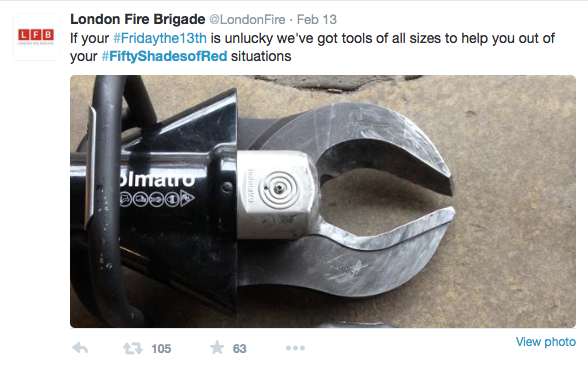 While this is a risky tactic to employ for a public sector organisation LFB certainly managed to pull it off.

If your #Fridaythe13th is unlucky we’ve got tools of all sizes to help you out of your #FiftyShadesofRed situations pic.twitter.com/wsM2xRWVjh 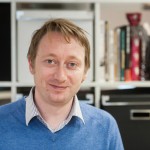