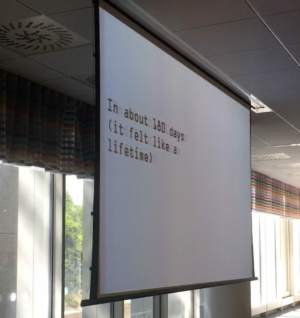 As someone who spends their week simulating crises for various public and private sector clients, attending PR Week’s Crisis Conference was interesting to hear how other companies have tackled headline stories from the past year.

There were many great speakers discussing events such as the Samsung Galaxy Note 7, Grenfell Fire, Manchester terror attack, and (even though I would say it was more of an issue than a crisis) the KFC chicken shortage. However five messages I took away from the day were:

1. You sometimes need to think outside the box to seize opportunities

Whatsapp was the app mentioned time after time for communicating with staff during a crisis. Barts NHS explained how their teams used the app as an alternative to email when their computer systems were offline in the WannaCry attack. KFC UK&I used the tool to communicate more effectively with individuals in groups during the chicken shortage.

2. The need to look at the crisis through the lens of the consumer

James Coyle, from Samsung explained that even though there were teams working on the Note 7 in the UK, US and Asia, customers see the brand as one. Consumers don’t care, and nor should they, that for operational reasons, services being offered in the US aren’t currently available in the UK. To customers, they have a Samsung phone, they expect the service to be the same worldwide. We also need to think where an audience is, and how will be the best way to get messaging to them. Zoë Abrams, from the British Red Cross spoke about trust and how the organsation’s Twitter and Facebook channels were initially the official source of information in the Grenfell response.  The reason being that the Red Cross’s channels are established and already have an existing large trusted following.

3. Establishing your core response team – and build out from there

Not everyone function is needed in a crisis response. Jennifer Thomas, from Direct Line Group made a great point in saying the people who need to be in the core crisis team are decision makers. Depending on the issue at hand, the response team can be expanded beyond the core group, to functions required to fulfil the nature of the response. In the event of an IT crisis, it is also wise to have a communications officer imbedded within the IT team, so that they can manage the information flow between the two functions.

4. The value in building (and maintaining) internal relationships

Too often I see internal messaging as a low priority in exercise drills. Megan Farren, the Chief Marketing Officer at KFC UK & Ireland explained that in the chicken shortage, internal stakeholders such as staff and franchise owners were the company’s number one stakeholder. Purely because if the company provided internal stakeholders with the right information – and in the right tone, those messages would correctly spread externally. Also in the panel discussion, the talk turned to involving legal and the importance of ensuring messaging drafted for different jurisdictions is checked  to ensure that what might serve the company well in the UK, leaves it exposed to being sued in the US. The way to smooth this step in the approval process is to form a positive working relationships with colleagues in the legal team before a crisis breaks. Take the time to explain the need for speed, what it is you need from them (to check it, specify which lines are problematic) and offer to work together to achieve a solution. 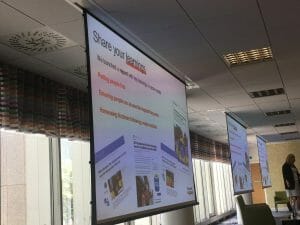 5. The importance of evaluating the response

Evaluating how an organisation worked in a crisis is a vital element of response. As Samsung’s James Coyle pointed out, this is the stage of the response where we learn from mistakes (and triumphs!) to make improvements. A thorough evaluation led to Samsung’s eight-point battery check on future devices. It also allowed for the company to prepare a report to share with the industry about the investigation. Because after all, a crisis in the industry is in someway, bad news for everyone.

If we didn’t get the chance to meet at the event today, hopefully there will be another opportunity soon. In between coffee rounds and pastries, let’s connect on LinkedIn and @kate_rawlins on Twitter.