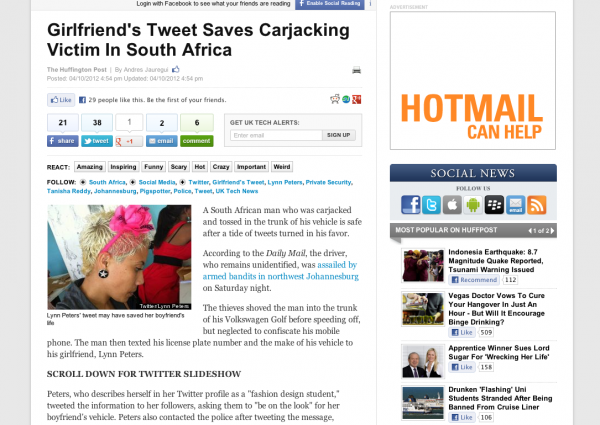 An interesting article over on HuffPost this month about Lynn Peters who successfully managed to raise the alarm after her boyfriend was carjacked and then kidnapped in South Africa.

Following a number of re-tweets her request went viral and private security companies in conjunction with Riga Rescue (a volunteer-run emergency service) helped pinpoint the location of the car.

We’re not sure if this example shows the power of twitter in a crisis or the state of South African emergency services. Either way it seems like a good idea to keep your mobile phone charged and at the ready when driving in South Africa. You just never know when you might need to tweet…