How do crises unfold on Twitter? Learning from the tragic events of #AnkaraAttack

Many lessons can be learnt about how people respond to a crisis from reviewing how they react in social media. Though triggers and events vary, online reaction to major incidents – particularly tragic or emotional events such as last month’s attack in Ankara, Turkey – tend to follow a similar pattern.

It is important to understand these reactions and take them into consideration when planning and implementing your online crisis response.

As an illustration, I have put together a selection of the tweets published directly after the terror attack in Ankara on February 17. I have broken down my selection into four main phases which Twitter users typically go through when a crisis strikes: a phase of alert and situational awareness, a phase of emotional reactions, a transitional phase and a phase of escalation.

When the news of the incident breaks online, very little is known about the situation – namely here “explosion” and “Ankara”. These facts will spread fast and far as social media users share breaking news updates to as many people as possible.

Immediately, the online crowd tries to establish situational awareness: What? Where? Who? Why? and How? Eyewitnesses and journalists at the scene will strive to provide their audience with some answers to these questions, including the first pictures.

During this simple, informative phase, content shared across Twitter tends to be mostly factual and comes with plain hashtags. In the case of an attack like this one, people usually opt for the place where the incident happened.

My condolences to Turkey. #Pray4Turkey #Ankara

As people start to make sense of what’s happening, they share a range of emotional reactions via their social media channels: they will express sadness, fear, anger, disbelief, etc.

In recent disasters, hastags such as #Pray4Turkey, #Pray4Ankara or #WeAreTurkey circulated across social media platforms.

As the facts of the incident spread widely, the online audience is left waiting for information about casualty figures, cause, perpetrator etc. This is when the conversation becomes more diverse, with various analyses and rumours spreading online, but also more organised as the strongest hashtags and most credible commentators emerge from the crowd.

In a crisis situation, the ‘how?’ and ‘why?’ questions are especially difficult to answer quickly and accurately. When missing these answers, people will try to fill the gaps by sharing their own analysis of the situation, in a tweet or sometimes linking to a longer Facebook or blog post.

#ISIS knows if they attack #Turkey the whole arab World will hate them and the number of their sympathizers will rapidly goes down.

And yet #ISIS also has an interest in carrying out such attacks (and not claiming it to have the PKK blamed for it) https://t.co/yOmvl38Wip

Some users will dig out information dating from an earlier time, purportedly offering some background or explanation. Others will draw comparisons about the way different crises were reported by the media and considered by the international community.

I condem the #AnkaraBlast but Where was d world media when hundreds of ppl died in Kenya,Pakistan #AnkaraAttack

Sometimes these analyses respond to a genuine need to close the information gap, and sometimes they support an agenda.

The information void also triggers rumouring behaviours. It’s human nature to respond to dramatic events in this way, but social media has boosted the speed and reach of information sharing online, making it more difficult to keep track of, and counter, these rumours. Language such as ‘reports say’ or ‘allegedly’, is common.

Note: the authenticity of the above videos above was questioned before being verified and relayed by media outlets.

Turkish activist @curdistani sent a string of rumours, both in Turkish and English, to his nearly 13,000 followers:

The various conversations organise around the strongest hashtags – #Ankara, #AnkaraAttack and #Ankarablast in this case – and trustworthy commentators come to the fore.

By that time, journalists have started contacting eyewitnesses to get the first pictures and testimonials for their news stories:

@Ald_Aba Hello. I'm writing from ABC Australia. Is it possible to use this photo if credited to you?

New angles to the story are revealed, for instance:

As of now a broadcast ban has been issued regarding the #AnkaraBlast . No surprise.

Less than an hour after the beginning of the events, journalists reported a broadcast ban. Unsurprisingly, the announcement triggered a lot of criticism in a country where freedom of press is controversial and especially after watchdog @TurkeyBlocks declared that access to social media had been restricted by Turkish government.

Note: Recently, governments in France and Belgium also tried to establish a temporary broadcast blackout during police operations following the coordinated attacks in Paris in November. The reason given is that attackers are believed to use social media platforms to monitor police movements and to communicate between themselves.

LIVE — President Erdoğan: 14 people have been detained up to now, this number is expected to increase#AnkaraBombing pic.twitter.com/jeYlguypEa

Update on the number of casualties

People will move through these different phases at a varying pace, especially when an incident has worldwide impact. It can be because of time zone differences (Seattle residents were just waking up when the bomb went off in Ankara) or simply a feature of people checking in with social media at different times of day.

How can you plan for these phases when developing your digital crisis response plan? 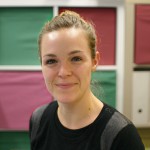