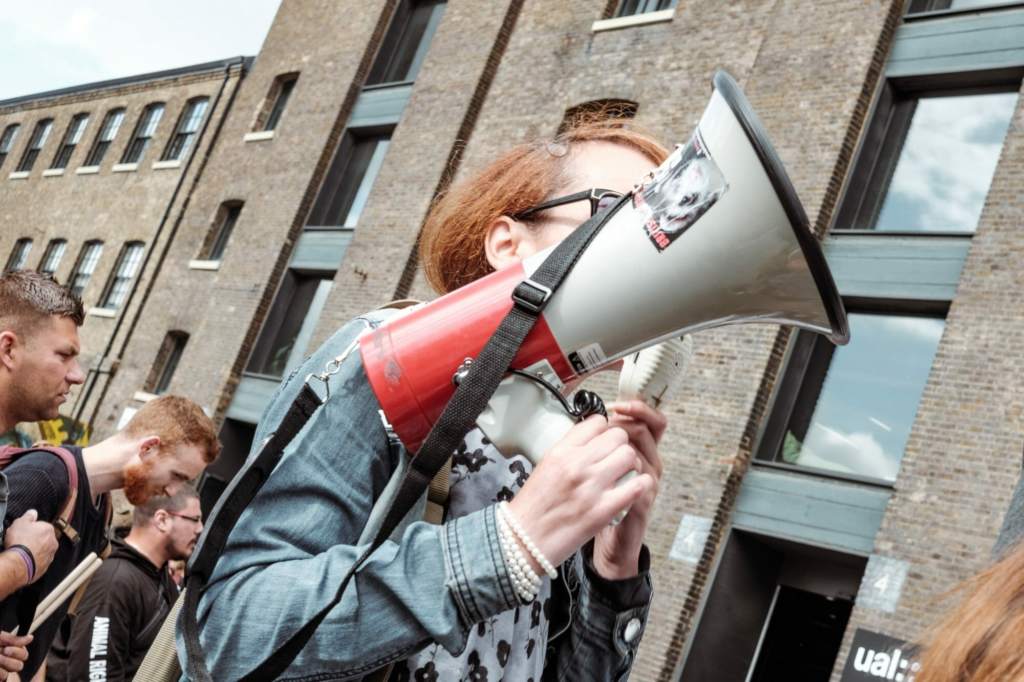 Oxfam’s leadership and communications team has had a torrid weekend, dealing with a media story about shocking allegations of a cover-up of sexual abuse of beneficiaries in the aftermath of the Haiti earthquake in 2011.

There will be countless crisis consultants offering their hot takes on what looks like a serious issue, and I’m certainly not close enough to the situation to pass judgement.

But here are two observations that struck me, with lessons for wider crisis preparedness planning:

1. Regulators and political stakeholders now move at the speed of a tweet

Within a few hours of the story being trailed (Friday afternoon), there were statements from the government minister for charity regulation, and the former Cabinet minister for foreign aid. The current Secretary of State was on Sunday breakfast show sofas criticising elements of Oxfam’s statement and threatening to withdraw funding – ahead of her meeting with the charity leaders on Monday. By Monday, the Charity Commission, which regulates charities, was on sofas too (note to self: we need a Sofa Simulator…) and on corporate social media saying they’d been misled and were ‘very angry’. BBC News had even prepped a data story about Oxfam’s funding, from published data sources.

There’s always politics behind these situations, but the sheer speed at which regulators and politicians piled into this story in social and broadcast media, ahead of what presumably is a further investigation, was striking.

Things which might previously have been discussed in frank phone calls or meetings, play out online and via broadcast news, and within hours. It’s particularly striking how the media spotlight is cast wider, much more quickly, and with much more bite than even five years ago (here’s that former Cabinet minister ‘taking to Twitter’):

The shocking scandal of the abuse of women & children in the Aid sector must end. @Oxfam explain to the victims, your donors &to taxpayers what are you doing now to secure the prosecution of those responsible for these crimes in your organisation? The lack of action is shameful.

"It is a scandal… I am meeting Oxfam tomorrow. I am affording them the opportunity to tell me what happened. To see whether they are showing leadership. They still have more information they have not given the authorities." – @PennyMordaunt on @AndrewMarr9

In a world of algorithms, we know stronger, more extreme and more emotional content – beyond just classic ‘sound bites’ – cuts through into news feeds, and stakeholder critics seem to be responding to this.

2. Keep things in proportion and stay in touch with your friends on social media

A lot of people like Oxfam, and – while revolted by the Haiti allegations – are queasy about the vehemence of the criticism of the organisation. Those people – donors, volunteers and shoppers – have lots of other touchpoints with the organisation, and some may even be unaware of the headlines.

When a reputational crisis strikes, we see a lot of organisations shut down their customer service function on social – even for the ‘business as usual’ queries – which has the counterproductive effect of making the organisation look indifferent and uncaring.

Not so Oxfam. Within hours, lines were clearly agreed for community managers to subtly adapt to address the specific queries or concerns coming in, with a link to an owned channel for the full picture (even if the statement is stronger on process than empathy).

Hi Tanya. his behaviour was totally unacceptable, contrary to our values and high standards we expect of our staff. We hope that our supporters will be reassured by the steps we have taken. Our full statement: https://t.co/0lKgom5YIG – Ana

Likewise on Facebook, where I counted a 5:1 ratio of likes/loves to ‘angry’ reactions: 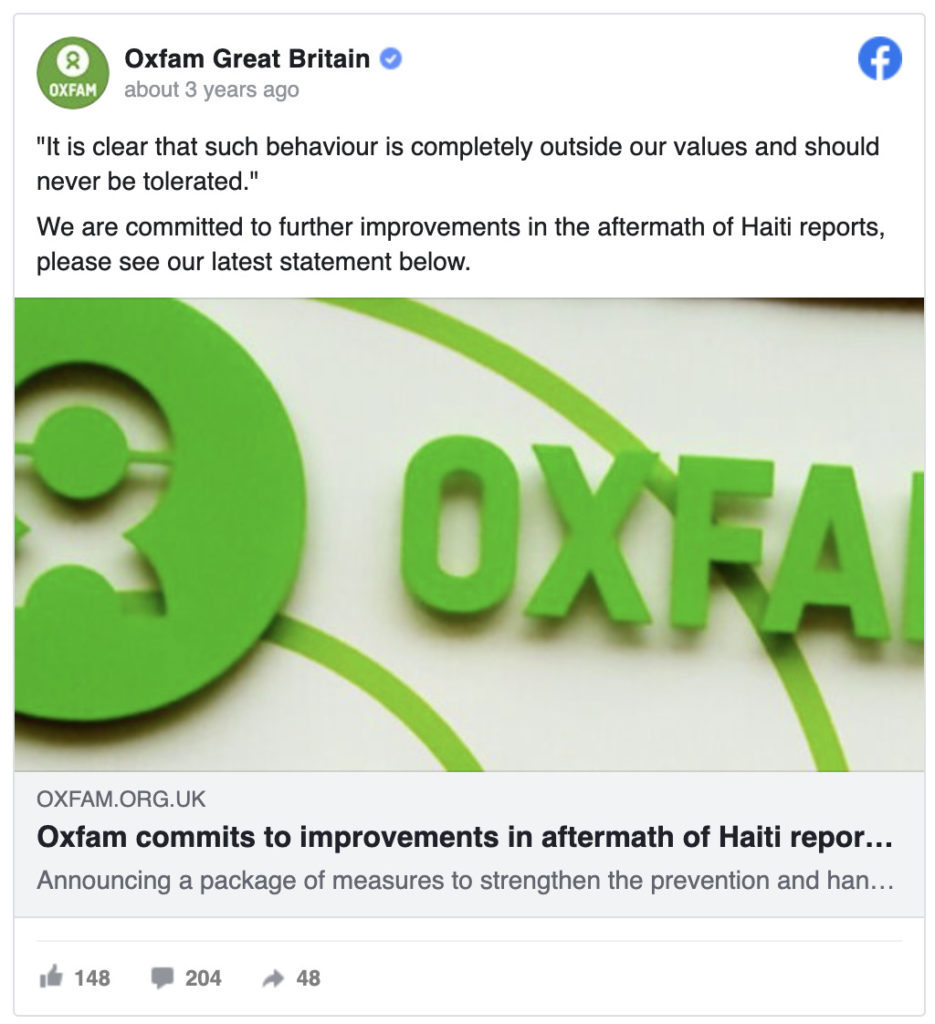 And the team didn’t lose their cheery, supportive tone when talking to Oxfam shop customers and other supporters:

Awesome! Thanks so much for sharing and for helping beat poverty with these great finds ? – Sue

In our crisis training courses, we help teams think about a crisis as a mismatch of stakeholder expectations and an organisation’s performance. There’s certainly visible anger and fury around Oxfam’s handling of the incident and some ropey media responses by the organisation’s former staff.

But I don’t know if the long term judgement of Oxfam’s really important stakeholders – donors large and small, volunteers and staff – will be so harsh.

Photo by Clem Onojeghuo on Unsplash