Smile, you’re on camera: four new realities of crisis comms in the age of video

“I could kill you,” screams the angry man. “Why don’t you then?” comes the reply. “Because there’s witnesses”.

This, from the ugly scene at a recent road rage incident between a motorist and a cyclist illustrates a phenomenon we’re seeing again and again, both sparking new crises for organisations and giving existing ones more media potential: the rise of video. Thing is, there’s nearly always witnesses now.

Here’s that road rage incident, in four minutes of sweary high definition, shot on a helmet mounted camera, uploaded to YouTube where 300,000 people have seen it. It was enough for social media and a smart local journalist to supposedly track down the motorist in question, and turn a moment of (pretty strong) incivility into the beginnings of a boycott campaign against a local business frequented by cyclists, who are tribal and well-connected online. Beware, the language is rather fruity. 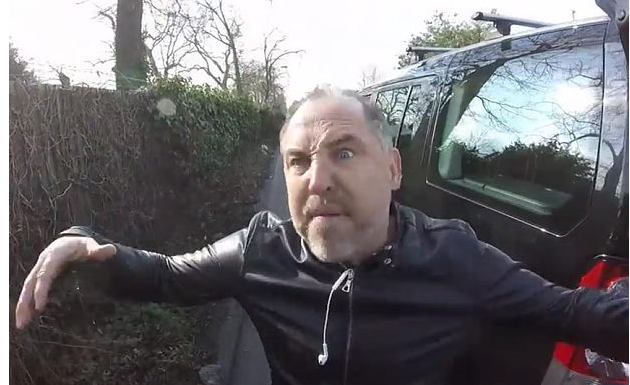 UPDATE 31-July-2015: The video has been removed from YouTube, but you can get a flavour of it in this Telegraph piece.

What might have been a shocked customer complaint ten years ago, or a tweet two years ago, is in 2015 a public Facebook video that racks up 2m views (note to baristas: you’re being filmed too). Incredibly compact, high capacity storage, better batteries, ubiquitous phones, and in-flight wifi all combine to mean your smoke-filled aircraft cabin will hit the networks before your comms team has heard there’s a problem. You can ban film crews from filming embarrassing shots of delays and grumpy passengers in Departures, but journalists carry phones and have been trained how to use them.

The media – and now channels like Facebook – favour video over pictures, and pictures over words – because it has a gripping power. And now, with channels like Periscope or Meerkat, there’s scope for anyone to livestream incidents to an audience of thousands.

It’s a struggle to keep up, and we’re increasingly incorporating near-live eyewitness reports as well as prepared video bulletins into our crisis simulation exercises. We’re helping teams to adapt to the four truths of crisis communication in a world of broadcasters:

A helpful reader contributes a great example of point 4 above –  when an employee of supermarket chain Asda was filmed behaving badly in a storeroom and became known on YouTube as the ‘chicken licker’, the store’s own staff posted a video response which conveyed their disappointment and pride: