We were asked by the City of Redmond to support in the delivery of the Cascadia Rising Solutions emergency planning exercise. 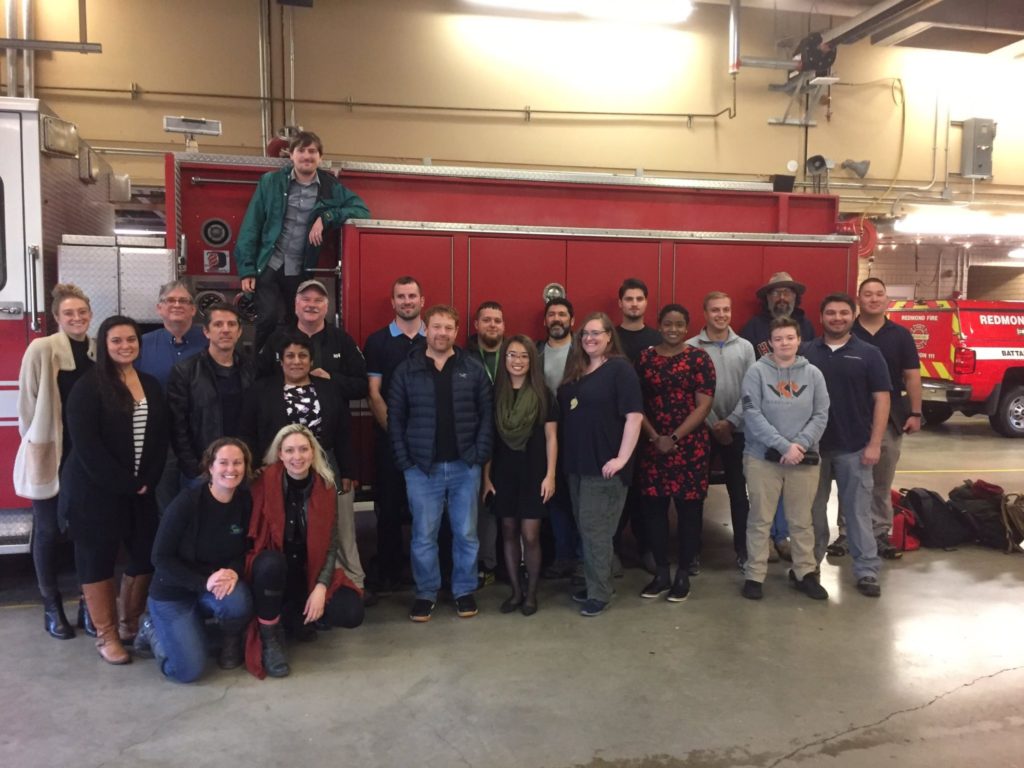 The aim of the exercise, run over two days in late October 2019, was to test the decision-making and public information response to a category 9.0 earthquake impacting the Pacific north west of the U.S following tectonic activity within the Cascadia Subduction Zone.

Needless to say, ‘The Big One’ would result in widespread damage to key infrastructure – not to mention significant human impacts – and we were tasked with bringing this catastrophic scenario to life using our simulation platform. 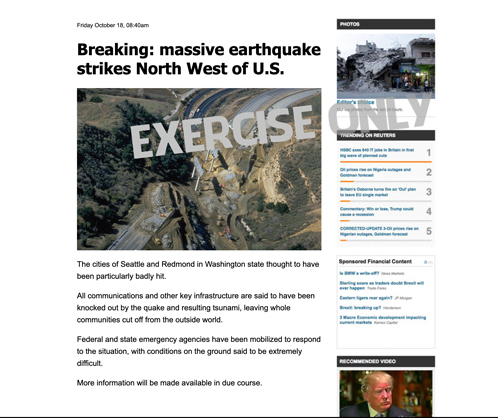 Our Social Simulator platform allows us to re-create social media channels, websites, news coverage – including TV bulletins, and emails from colleagues and partners and update them as the crisis unfolds. Participants can update their channels and respond as they would in real life, but safe in the knowledge that all the online activity takes place in a private space. Our role-players engage just as the public would in a real emergency. We make it as realistic as possible to ensure the sternest test of PIOs and other team members.

This video shows how the exercise unfolded:

Our role was to put the PIOs through their paces, with a specific focus on: 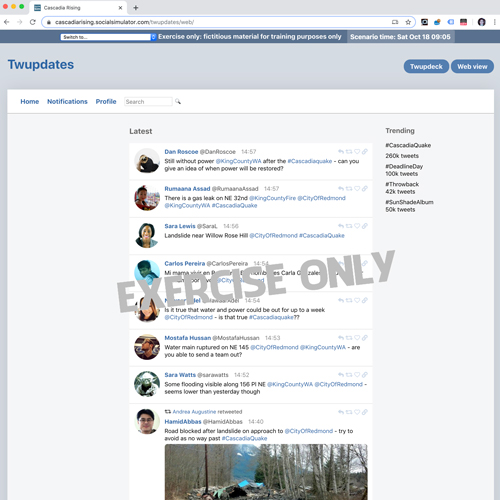 Twupdates feed from the Cascadia Rising exercise. Participants can send twupdates, as well as reply to and share updates from other participants and our role-players who post as members of the public.

In the last 12 months we’ve tested how communications teams and PIOs respond to a wide range of emergency scenarios, including biohazard incidents, active shooter attacks and natural hazards. If you and your team are in the process of commissioning an emergency planning exercise or disaster response drill get in touch to find out how we can help you to bring it to life online.